After 18 hours laboring on the construction site, Gaston Diaz feels like a broken toy. Every bone and muscle aches. He nurses torn knee tendons and broken discs in his spine. He gets very little rest around his other grueling job as a housekeeper. Working seven days a week, the 30-year-old sometimes thinks he’s much older. Whenever time allows, he sneaks in his favorite palliative—a panacea he has known since childhood.

No matter how dismal he feels, Gaston’s spirits always brightens when he bakes. 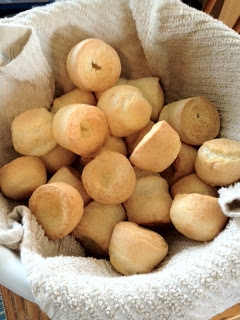 “I was born inside a bakery,” he says. His parents ran a family-owned bakery back home in Argentina where they introduced Gaston to the fine arts of breads and pastries.

Breads are Gaston’s most familiar and favorite specialty. Magic happens when he combines the yeast, grain, and water or milk. The whole world softens as flour dust mists the air. His inflamed hands ache less as they sink into the warm dough. While kneading, he massages his worries into hopes. The sweet, malty aroma of baking bread brings his dreams to life.

“I want to make a factory and then have many stores. One in Durango, Pagosa, and Cortez,” Gaston outlines his future. He is eager to share with the Southwest the many flavors and styles of bread he enjoyed back home, where Spanish, European, Middle Eastern, and British influences co-mingle with Argentine traditions.

By next autumn, Gaston hopes to find a small rental space and launch his baking business. First, however, he must pass his naturalization test in order to become a U.S. citizen. Then he will no longer fret over his green card status. In the current political climate, he fears that future renewals might be denied. He dreads being separated from his wife and family.
Gaston enrolled in the Citizenship Program at the Cortez Adult Education Center, the Durango Adult Education Center’s satellite location to ensure his success. The program provides a volunteer tutor and all the study materials needed for the civics and history topics likely to appear on the test. Fluent English communication is also a large component of the citizenship test. Luckily, Gaston has been taking English-as-a-Second-Language courses at the Cortez site for almost two years.

“The English classes have helped me so much,” he smiles.

For the first year and half that he lived in the U.S., Gaston could not read anything. The only person he could talk to was his American wife. The couple met in Spain. She was on holiday from her university and he had traveled abroad from home. They made eye contact across a busy pub and both lives changed forever. After first living near Gaston’s family in Argentina, the couple thought it only fair to next live closer to her family in the U.S.

“I am really excited,” Gaston shares. “Until now, I can’t make conversations. My first year and half here…nothing. Now I can understand much more.”

Although he felt isolated, Gaston was hardly alone. 2015 U.S. Census data reveals nearly 26 million people across the U.S. speak little or no English. One in four adults in Montezuma County (plus one in five in La Plata County) either lack a high school diploma or speak little to no English. The language barrier restricts most of these individuals to low-wage jobs. As a result, many households suffer from poverty. Depressed incomes also depress the local tax base, which impacts the services counties and municipalities can provide to the public. Luckily, Gaston’s prospects—like his breads—are proving successful. He will continue to access the full pantry of services available through the Cortez Adult Education Center, all the while creating a recipe for success.

For more information about the programs and classes that have helped Gaston and so many other students, visit : www.durangoadulted.org.