It’s back—our list of 30 ways everyone can celebrate the DAEC’s 30th anniversary—while simultaneously supporting our next 30 years making meaningful changes in the lives of adult learners. This time we take you out to sea and into beehives, back in time and to the frontlines of revolution! Are you ready?

Imagine a mighty brigantine crushing emerald ocean waves. Who do you see steering that craft? Long John Silver…Black Beard…Captain Jack Sparrow? If you pictured no such buccaneers, and instead yourself, then maybe it’s time you were a Table Captain for the annual Literacy Luncheon on Wednesday, September 27th, 12-1 p.m at the Double Tree Hotel.

Table Captains round up 7 friends, colleagues, and community members who ought to know more about the DAEC’s incredible mission to fill educational gaps by providing the skills and knowledge necessary for livable wage careers, post-secondary education and social and economic mobility. Or maybe, folks who have never heard of the Center and the many ways we serve Durango and its surrounding communities.

Nan Uhl, a retired DAEC teacher, served as Table Captain so many times, she couldn’t even tally a total. At first, the thought of calling people—especially strangers—shivered her timbers, but as soon as she explained what the DAEC did, she had captive listeners eager to know more.

“I always thought being a Table Captain was easy and enjoyable,” Uhl reports. “The only people who turned down an invite were those who were going out of town.”

She describes the luncheon itself as a very meaningful event. She and other guests always leave feeling so inspired after hearing current and former students share their stories, some so full of struggle before the DAEC and each so full of success after.

“It always reminds me of how important our work is there,” Uhl says.

To be a Table Captain or request an invitation to the luncheon, contact Kelly Quach at 970-385-4354. 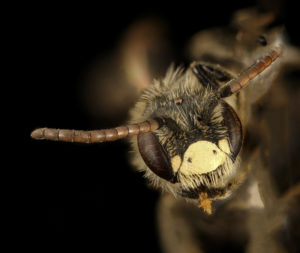 Ah, bees. Those hardworking vegetarians of the wasp world are truly amazing. For instance, a honey bee’s brain is the size of a sesame seed, and yet it can outperform supercomputers when calculating the shortest route between flowers and hive.

Did you know the average hive will log 90,000 miles (equal to three orbits around Earth) in order to make 1 kilogram of honey? And in a 5-6 week lifespan, one bee flying at 15 mph will gather nectar and pollen from thousands of plants, which according to a USDA estimate, pollinates $20 billion worth of cultivated foods!

You can be just as awesome by volunteering to be a “helper-bee” at any DAEC event. We could use some help at the Community Concert in the Secret Garden on August 16th and the Rochester Hotel, as well as at the Snowdown Spellebration in January 2018.

Because of our outstanding students, teachers, staff, and volunteers, the DAEC knows (like any good beehive) that every individual has the potential to create positive change!

At the age of 21, Marco Polo was invited to be a special envoy for the Mongolian emperor, Kublai Khan, grandson of the legendary Genghis Khan. As a traveling diplomat, Polo toured the world’s largest empire at the time. He also served as an ambassador of goodwill in some of the remotest, unexplored regions in Burma, India, and Tibet.

When Polo returned to his native Italy, he published a travelogue that rocked the collective European imagination. Polo’s bestselling book described not only stunning places and people, but radical ideas and technologies from Asia, such as paper money, mail carrier services, and coal fire!

Like Kublai Khan, you can invite the DAEC to give an informational presentation about the Center’s programs and services to your business, organization, book club, or association.

No. 17 Join the Revolution

In the days of tunics, tights, and fair maidens in conical hats, written information was hard to come by. Single book production required months, maybe years, of toil. Tanners crafted sheep skin into vellum pages while scribes methodically inked each letter in place.

Then around 1440, a chap named Johannes Gutenberg got an idea. He molded melted lead into multiple sets of individual letters. He grouped the letters into the words, dobbed them with ink, and pressed paper on top. The printing press was born. Suddenly, making books was a snap. When pamphlets and newspapers began to circulate, information spread swiftly and worldwide literacy soared.

The Gutenberg printing press revolutionized the world. Increased knowledge and literacy sparked new ideas like science, liberty, and democracy. The world discovered what is, today, one of the DAEC’s core beliefs; that an entire community benefits from an educated populace.

To that end, you can contribute to Gutenberg’s ongoing revolution by sending a letter to the editors of The Durango Herald and The Journal (Cortez, Mancos, Dolores) explaining why you support adult education.

No. 16 Slime Mold Your Friends 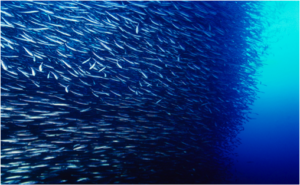 Without any guidance from a single leader, massive entities naturally arrange and operate with complex patterns. Think of a bird flock ribboning the sky. The group moves seamlessly, like a solid creature with one mind and not as a cluttered mob of feathers. Sheep do this in herds. Ants in their colonies. Fishes in their shimmering schools also self-organize. Even people in vast cities demonstrate this ability to synchronize large groups naturally.

Scientists refer to the phenomena as “emergent behavior,” because of the way it emerges without overt direction from any authoritative figure. We used to suppose this behavior was negative. People were mocked if they acted like “sheeple.” Now, we see how group work makes a species smarter and more powerful.

Consider, for example, dictyostelium. Little dictyostelium is a slime mold that spends much of its life as your average microscopic amoeba, gulping down bacteria. But when food runs short, one amoeba emits chemical signals to attract others. The loners glob together and emit doubly stronger signals. More amoebas latch on until tens or hundreds of thousands form a single body. Cooperating across a massive scale, the dictyostelia move like one big slug and high-tail it (or slime-tail it) to greener pastures. Together, they move farther and faster than they could hope to alone.

Take a page from dictyostelium and subscribe to our e-news, newsletter, or blog feeds. Join an ever-growing and well-informed flock. You can even slime mold your friends and colleagues by forwarding the news over email or social media.